So I got a ShockWiz to fine tune my MTB suspension…
First up is the Merida with its : 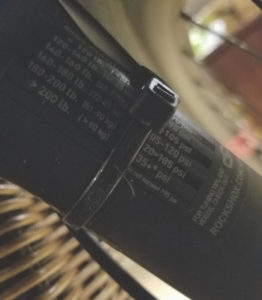 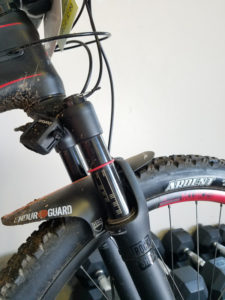 So, let’s start with the SID… with the Shockwiz attached it reads 8.25bar, which on my opinion was still a little too stiff… I would drop it a little… but… 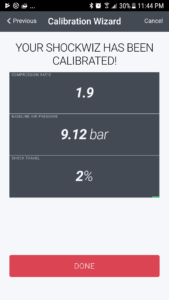 So let’s see where this takes us…

so using the above settings, I set off on the Tour de office part1 and got the following results: 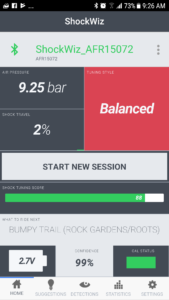 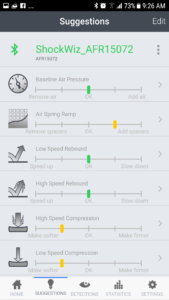 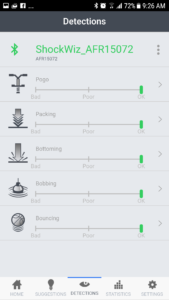 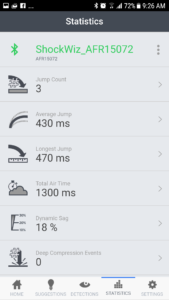 Which is pretty much as good as it gets… I guess… seeing as the SID RL does not have a separate compression setting… HOWEVER on this setting I used only 65%, maybe 70% of the travel… and I did take some 1 and 2 foot drop-offs…

So just for kicks before the way home, I let out some pressure to 8.25bar… 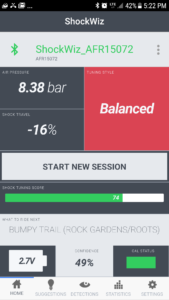 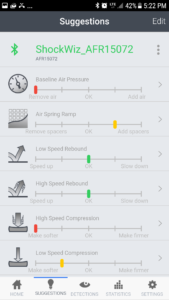 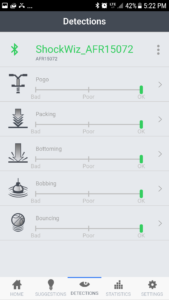 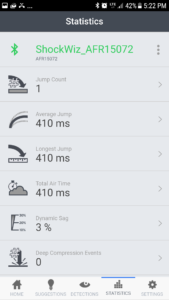 The latter settings look a little weird… it suggests to lower air pressure, and the sag is only 3%… Hmmm, it is clear that with letting out air the dynamic sag can’t be 3%.. it should be more than the 18%.. That tells me that if you want to change the base air pressure, you have to go through the recalibration procedure… I’ll do the same rout on Friday with a NEW calibration… and see what the numbers say

The shock at 9.3 bar feels a little harsh, or maybe a better description would be not as plush as I would like.. and Static Sag at 18%.. with travel up to 65%-70%… so I’m redoing the ShockWiz calibration and got the following numbers